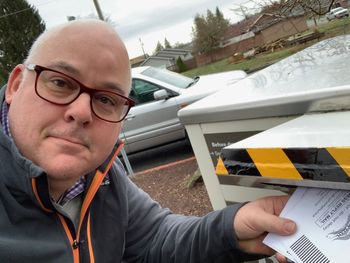 Local school levies and bonds are a major source of funding for our state’s K-12 public schools: More than 160 districts in 35 of Washington’s 39 counties have at least one bond or levy on the Feb. 11 ballot.

In total, 184 levies and 20 bonds – totaling $6.75 billion – are in front of voters. Most of the levies are maintenance and operations measures that help pay for additional staff and other needs beyond state-funded basic education. One district is running a transportation levy, and 40 have capital projects levies that fund school construction. There are 20 bonds on the ballot, which are longer-term construction measures.

Ballots have been mailed to voters, and they must be postmarked or dropped off by 8 pm next Tuesday. Postage is pre-paid. Election information is available on the Secretary of State’s website.

“My family dropped off our ballots last weekend,” said Larry Delaney, WEA president. “If you haven’t already, I encourage you to return your ballots ASAP. Our students are counting on us to vote YES on school levies and bonds.”

Washington’s presidential primary is March 10, and ballots for that election will begin arriving in the middle of February.