A broad coalition of parents, educators, school administrators and civic groups has filed a complaint in King County Superior Court challenging the constitutionality of the state’s new charter school law, which the Washington Legislature approved earlier this year. 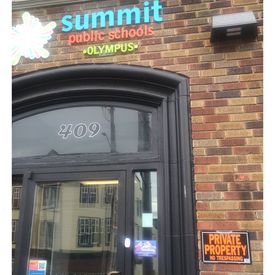 In addition to several other charges, the complaint alleges the new law violates the state constitution by diverting public funding to privately run charter schools that are unaccountable to Washington voters.

In 2015, the Washington Supreme Court overturned a similar charter school law on the same grounds. The new law, approved during the 2016 legislative session, has the same constitutional flaws that caused the Supreme Court to strike down the original law.

The legal complaint states that the new law continues “the diversion of public funds to charter schools “and that the constitutional defects in the original law “cannot be overcome by this type of shell game.”

The Legislature also violated the state Constitution by diverting millions of state dollars to fund private charter schools at a time when the Legislature is not fully funding K-12 basic education as required by the state constitution and the Supreme Court’s McCleary decision.

“Instead of passing unconstitutional charter school laws, we believe the Legislature should focus on its paramount duty – fully funding K-12 basic education for all of our state’s 1.1 million students, no matter where they live,” said Kim Mead, president of the Washington Education Association, a plaintiff in the case. “A fully funded basic education is every child’s civil right.”

The complaint also challenges the legality of the state’s temporary funding of existing charter schools in the 2015-16 school year after the Supreme Court overturned the original law. Under emergency rules adopted by the current Superintendent of Public Instruction, the schools continued to receive state funding through the alternative learning experience (ALE) law, which is intended to fund online programs and other education opportunities outside of the regular classroom.

The new law also violates the constitution by reducing the authority of the elected Superintendent of Public Instruction to oversee publicly funded schools.

The complaint asks the court to rule that the charter school act is unconstitutional, to issue an injunction against implementation of the law and to prohibit the state from diverting Alternative Learning Environment funds to pay for charter schools.

Paul Lawrence of the Pacifica Law Group in Seattle is the lead attorney for the coalition. He also led the previous successful challenge to the state’s unconstitutional charter school law.

Posted in: Education funding | Charter schools
Back to Blog