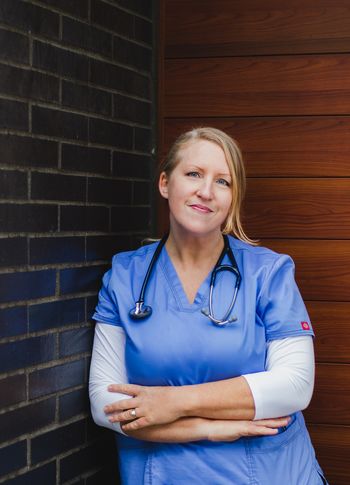 This year’s election for state senate in Issaquah’s 5th LD could be decided by just a few votes, so WEA members are stepping up to make sure every voter knows that Ingrid Anderson is our champion for public education.  Ingrid’s campaign set a high goal of making 185,000 calls and with the help of educators was able to surpass that.

“I am so proud to have spent some time helping Ingrid Anderson's campaign meet that 185,000 call goal,” said Lydia Wheeler, a member of Lake Washington ESPs. “I have seen firsthand the impact of collective action as a union member; being able to join WEA volunteers and other community members and reach out to our neighbors to surpass that goal was incredibly empowering, especially in these times.”

Educators took part in weekly phone banks, calling from our homes to talk with voters about the stark differences between Ingrid Anderson and her opponent, Mark Mullet.  Mullet has voted against educator pay raises and has opposed our bargaining rights.  We’re excited to elect a pro-public education candidate.

“We know from the primary that this could be a really close race; when calling voters and talking to them about Ingrid's stances and proposals, we had the chance to effect significant positive change in our community,” said Wheeler.  “I know Ingrid will be a powerful force supporting education in Washington and I'm grateful that I could be a part of that.”

Ingrid recognized our efforts as critical to her campaign and thanked educators for our contributions.

“We couldn’t have done it without the help of our WEA educators who spent Saturday after Saturday talking to voters about what’s at stake this election season,” Ingrid noted. “Thank you, educators. Let’s finish strong!”

Onward to election day!  Don’t forget to turn in your ballot by November 3.