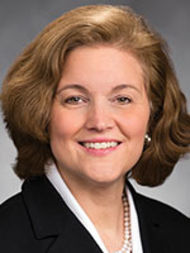 Sen. Christine Rolfes is the chief budget writer in the Senate. A budget is expected Tuesday.

The bill passed along caucus lines with the Senate Democrats voting for the bill and the Senate Republicans voting against.

The bill is still a work in progress, but continues to improve as it moves through the process. This bill authorizes the early phase-in of educator salaries in school year 2018-19, one year earlier than planned, to comply with the most recent state Supreme Court order.

It also increases special education funding, provides a small fix to problems created by salary regionalization and adds a salary safety net for school districts whose educators have higher-than-average experience.

In a glaring omission, however, the bill doesn’t lift the cap on salary increases in the 2018-19 school year, which limits school districts’ ability to provide competitive and professional pay. Gov. Inslee recognized that problem in his budget plan and fixed it. The Senate did not.

This bill now moves to the House.

In other school funding news: