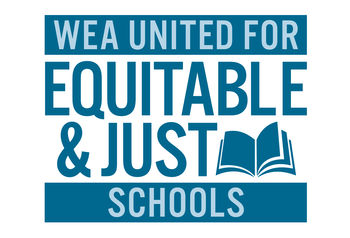 We need to rebalance our tax code to make it more fair for low- and middle-income Washingtonians. Washington state has the most upside-down tax system in the nation because families with the least pay the most.

This legislative session, we’re poised to begin making our tax code more fair by passing a tax on capital gains.  It would impact just the wealthiest Washingtonians but would raise more money we could use for K-12 education, early learning, and child care, and to advance the paramount duty to amply provide an education to every child in the state.

Take action now to call for the passage of the capital gains tax!

When a bill passes in a different form in the opposite chamber than it did in its chamber of origin, legislators must come to agreement on one form of the legislation to send to the governor.  This process is called concurrence.  Lawmakers have a few options.  Each chamber can decide to concur, adopting the opposite chamber’s amendments, or recede and restore the bill to its chamber of origin form.  In some situations, the chambers insist on their positions with two different bills.  The legislature may choose to appoint legislators to a conference committee to negotiate the differences.  Once an agreement is reached and approved by each chamber the bill can be sent to the governor.

What happened this week?

Many of our priorities passed the opposite chamber last weekend in the flurry of last-minute votes before Sunday night’s cut-off.  Now that we’re past cut-off for bills that aren’t related to the budget, the legislature is working on resolving differences through the concurrence process. A conference committee has been appointed for budget negotiations.

WEA will continue advocating for a K-12 budget that provides equitable funding and safe learning environments for students and educators. It takes more resources, not less to meet the needs of students during a pandemic, especially for schools in communities that have been historically underfunded.

Improve equity, dismantle racism, meet the needs of all students

Which WEA-supported bills are enrolled and awaiting signatures?

Which other WEA-supported bills are awaiting concurrence or conference?

Sunday, April 25 is the last day allowed for regular session.

In the next nine days, lawmakers will work in the concurrence and conference committee processes to resolve bills that have differences between chambers.  Any bills that haven’t been resolved will be considered not passed and dead for this session.

Follow WEA OurVoice to get the latest from Olympia

Posted in: Education funding | Legislative Issues
Back to Blog