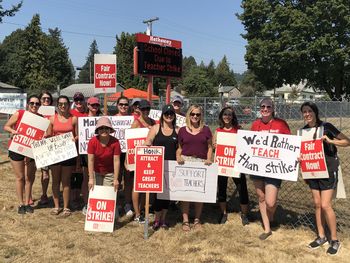 School strikes continue throughout Western Washington – and so do the contract settlements.

The nearly 200 members of the Washougal Association of Educators reached a tentative contract agreement with their district tonight (Sept. 5) and will have a ratification meeting 9 am Sept. 6 at Washougal High School.

Meanwhile, the Tacoma Education Association’s 2,600 members are now on strike. 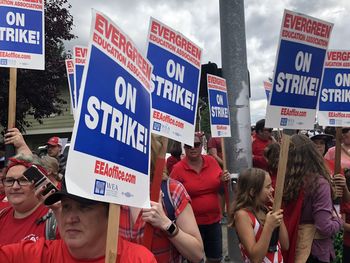 Evergreen teachers have been on strike since last week.

More than 8,000 Washington Education Association members in nine school districts are on strike. Educators’ goal in every district is the same: competitive, professional pay to attract and keep caring, qualified teachers and support staff.

Here are the school districts currently closed because of teacher strikes over pay:

This map shows the districts where teachers are on strike and the district where they've negotiated significant pay raises.