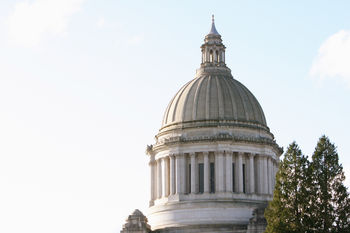 Legislators are discussing top WEA priorities this week in Olympia.

The Senate education committee heard Senate Bill 5313, Gov. Jay Inslee’s proposal to increase the amount of money local voters can raise through local school levies. As part of the McCleary school funding package legislators approved in 2017, lawmakers severely restricted voter-approved school levies, which are needed to meet local students’ needs above and beyond state-funded basic education. (Under the new law, levies can be used to fund costs not funded by the state – including additional teachers and other staff, and additional pay for additional work.)

SB 5313 would increase local effort assistance and restore the local levy maximum to an amount equal to 28 percent of a school district’s total state and federal funding, which is what had been until the new restrictions went into effect this year.

WEA opposed the levy restrictions in the first place.

“We have heard loud and clear from school districts across the state that the new levy system does not meet their needs. School district levy revenue is anticipated to drop 40 percent, or $1.2 billion, in calendar year 2019,” said Lorrell Noahr, a WEA lobbyist.

Other bills would also raise the levy lid, but with unneeded restrictions, which WEA does not support.

Later, the Senate budget committee held a work session on the School Employees’ Benefit Board, which is the new state-run health insurance system for K-12 school employees the Legislature approved in 2017. (Click here for more detailed information and background.)

WEA Governmental Relations Director Shawn Lewis represented WEA on the group that negotiated the new system with the state. Speaking to the Senate committee, he explained the benefits of the new system and urged legislators to fund it in the state budget. Lewis also noted that school districts will be responsible for paying the increased cost of benefits for staff funded with local levies.

“We look forward to getting this done.”

Noahr also testified on two special education funding bills, which are a starting point for policy discussions this year.  So far, neither go far enough to ensure the state meets its constitutionally mandated basic education obligation to our students. Noahr also highlighted the connection between local levies and special education.

“School districts expended $1.6 billion for K-12 special education services, but only received $1.2 billion in state revenues leaving a gap of $400 million in school year 2017-18,” she told senators. “School districts have been filling this gap by redirecting other state funds or through their local levy.”