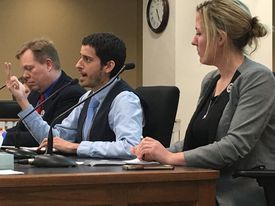 On Monday, five WEA members, representing thousands of their colleagues, testified against the plan, echoing earlier complaints the Senate Republican plan is “reckless and punitive.”

“Class sizes are too large…and the state base salary is not competitive. The funding provided in the Senate Republicans’ plan is insufficient to address these funding shortfalls and does not amply fund public education,” said Pam Kruse, a Franklin Pierce teacher. 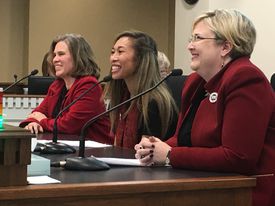 “I was amazed that SB 5607 removed certification requirements so that anyone passing a background check could enter the classroom and be the teacher of record,” said Kailani Tibayan, a second-grade teacher in Everett.

“This plan could create pay differences among elementary and secondary teachers – which was one of the fundamental reasons districts first adopted uniform salary schedules in the 1920’s,” he said. “The Senate Republican plan prohibits school districts from providing compensation increases for educators who hold masters degrees unless their master’s degree is in their subject area.”

“The Senate Republican’s funding proposal eliminates teacher certification requirements to address the teacher shortage,” she said. “This is not a solution.This is a recipe for failure, which is unacceptable.”

Snohomish Education Association President Justin Fox-Bailey noted the Senate Republican plan eliminates state-funded bonuses for National Board Certified Teachers, which would penalize thousands of teachers across the state. The Republican plan does include merit pay of up to $50,000 per teacher; recipients would be nominated by principals and decided by regional bureaucrats.

Fox-Bailey and the other WEA members testified before the House Appropriations Committee.

Standing for Our Students during Our Revenue Challenges