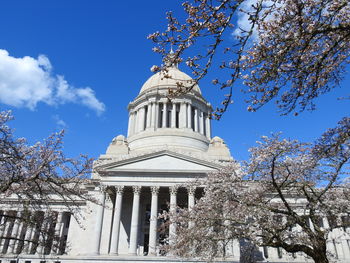 As you may have heard, SHB 1028, the bill to eliminate the edTPA, passed unanimously out of the House but met opposition in the Senate.  Sen. Mullet proposed an amendment that was adopted which would still require student teachers to take the edTPA while demonstrating success in course work, student teaching and formative assessments programs require.  We know this won’t work since it would still require student teachers to pay for the expensive test and waste untold hours on it, which creates barriers for low-income candidates and candidates of color.

UPDATE: On Thursday the House voted not to concur in the Mullet amendment, and to ask the Senate to recede from the amendment.

The edTPA, currently required to earn a resident teaching certificate, costs hundreds of dollars and requires student teachers to submit video clips of them leading classrooms, submit a portfolio including essays and lesson plans, and pass a written exam.  Educators have already completed student teaching and been assessed by their teaching mentor.  The additional hurdle and expenses involved in becoming a teacher deters future educators of color from the profession.

We may need a push to get this over the finish line, depending on what happens in the House.  Stay tuned later this week for a possible action!

Posted in: Legislative Issues
Back to Blog