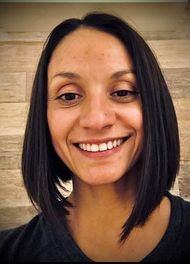 Herminia Helms is a Seattle Education Association para educator who works as a one-on-one instructional assistant in Pathfinder K-8’s special education program. Her work includes checking in with the fifth-grade student with whom she works every day.

“We’ve been lucky,” she says, “Because his parents are working with him and have him on a great routine.” Helms was having regular conversations with him in Zoom meetings and says that beginning this week, they will work on a few math problems, and spend some time on reading responses. She plans on having him describe what he is reading and having him read aloud to her.

Like so many other paraeducators, teachers and other school employees, Helms is also responsible for her own daughters who are at home. As a single parent, she says, she is trying to keep a solid structure for her girls. For her eighth grader, she says, it’s just a matter of keeping her on task and making sure she doesn’t grow too distracted with her cell phone. 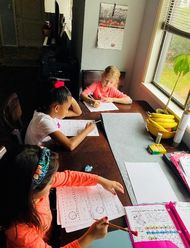 But for her first grader, Helms says, it’s a whole different story. “I’m there to teach her 100 percent of the time." Helms says that she has been pretty much sticking with her daughter’s school schedule as much as she can. It would be ideal if everyone had the benefit of having more than one adult in the home, but it isn’t always the case and families have formed cohorts to make sure they stay safe and healthy, but also deal with the realism of single parents who are working away from the house or otherwise compromised.

Helms has been teaching not only her own daughter, but one of her daughter’s classmates and a second grader. The two other girls have been coming over once or twice a week and the families have agreed not to see anyone else out of that group so the children can receive direct teaching from Helms. 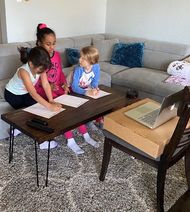 Helms says that one of the girls she is working with has an Individualized Education Plan (IEP) and that special needs are not going away just because the structure in the school buildings is currently not available.

“We’re doing math in the morning then writing and reading and 20 minutes of silent reading followed, of course, by an outdoor recess,” Helms says.

And because Pathfinder K-8 students are used to expeditionary learning, Helms has gone out of her way to see that it continues. This week she and her students connected with community volunteers to watch as salmon were released at Fauntleroy Creek in West Seattle.

Posted in: WE Are WEA | Member spotlight | Blog Entries
Back to Blog

NEA's Rep Assembly has a decidedly different look this year

Priorities for return to school