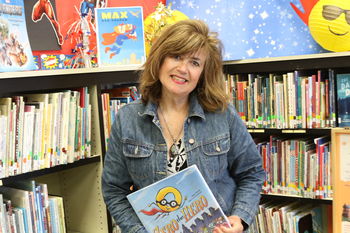 Sedro-Woolley EA President Cindy Omdal Brune is retiring after 40 years of service. Brune is a part-time librarian for Mary Purcell Elementary School, where she attended classes as a student.

Talk about longevity. Sedro-Woolley President Cindy Omdal Brune is retiring this year after serving her district for 40 years. But wait, there’s more. Brune, who is a part-time librarian and part-time release president, works at Mary Purcell Elementary School, the school she began attending as a first-grader in 1962. Add in the fact that her father, who also taught in the district in various capacities and retired the year she began as a teacher, and you’ll learn the two generations gave more than 70 years of their working lives to students in Sedro-Woolley.

Brune has strong recollections of learning how to read in first grade from the Dick and Jane big books. She developed a love of reading and played school, reading aloud to her stuffed animals regularly. She continued her schooling at Cascade Junior High where she remembers female students were finally allowed to wear jeans, then became the Salutatorian and graduation day speaker at Sedro-Woolley High School in 1975.

After attending the University of Washington for a year with aspirations of being a nurse, Brune decided to attend Central Washington University the following year to pursue her elementary education credentials. She returned to Mary Purcell in 1979 for her first teaching position in first grade.

Brune married another teacher, Denny Brune, who was an Anacortes union president for 10 years in the early ’90s, but she says she saw what being a union member could do for members at a very young age.

“I truly believed in the value and the power of collective bargaining and the follow through of making sure what we bargained was followed in our contract,” Brune says.  She said that her mentors encouraged her to take on a leadership role, and that after 20 years in education, she ran for local office. She served her union for two years then took a hiatus to care for her aging parents before engaging as a local leader once more, beginning in 2008. 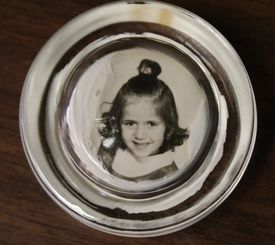 All the while, Brune studied for her master’s degree in Children’s Literature. Though she loved teaching both first-graders and kindergartners, she wanted to help children develop a passion for reading and knew she would love being either a reading specialist or a librarian. When Brune became a full-time librarian at Mary Purcell, she was only the third one following the footsteps of two women (whom she deeply admired) before her.

“When I first visited our school library,” Brune says, “it was on the stage in our school housed on three book shelves.”

As the years went by, Brune’s title went from full-time librarian to part-time library/media specialist. She says she spends a lot of time co-teaching in classrooms and combining literacy and technology. While she has had an easy time adapting to changing times, she says she misses the more traditional roles she once had.

“I loved reading aloud and showing children how to do research and use the Dewy Decimal (classification) System,” Brune says. “The idea of knowing all the wonder the library holds, a lot of that sometimes seems to have disappeared.”

And while Brune says that students have become savvier, the spirit and the loving hearts of the kindergartners and other younger students remains the same as they were so many years ago.

“They want kind, loving adults to give them support. They will sit still for a story because they love the language, the rhythm of the words and experiencing a story coming to life with an animated reader,” Brune says.

Among the many roles she has enjoyed as a local president and vice president, bargaining is among her favorites. She has served on the bargaining team five or six times over the last several years and she says she really seeks to understand the many ways and styles people have in trying to achieve the same result.

“I may be quiet, but I am strong,” she says. “I’ve always tried to find the best way to make sure the right things happen for our students and our members and I take time to process what goes on around me.” 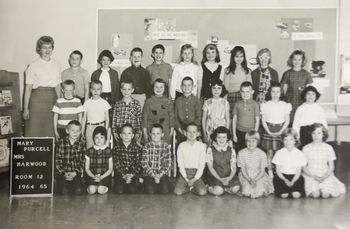 Fourth Corner UniServ Representative Nick Lawrie says Brune helped guide him as a new WEA staff member. Where he might have resorted to “storming the castle,” Brune favored a “velvet-glove” style.

“We’re not afraid to file a grievance or go to arbitration when necessary,” Brune says, “but I prefer doing that as a last resort.”

When asked what wisdom she might share with those in our WEA family, Brune says she would have told her younger self to learn how to find a healthy balance between her life at home, at school and in her union.

“Establish boundaries because the workload will be different from year to year and so will the circumstances outside of work. Some years will be diamonds, and some will be stones,” she says. “Look down the road at the big picture over your career. But most of all, always open yourself up for growth opportunities.”

Posted in: Bargaining rights | WE Are WEA | Member spotlight
Back to Blog

I'm just trying to do the best I can

From ‘not smart enough’ to acclaimed teacher: Kanoe Vierra understands students who are told they don’t measure up