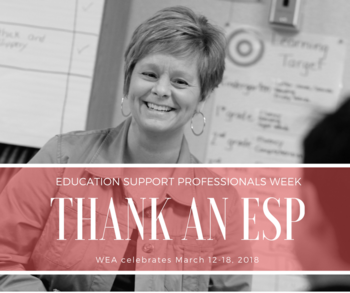 This week is Education Support Professionals Week, by proclamation of Gov. Jay Inslee. We're highlighting some of WEA's amazing ESP members who work tirelessly to help students achieve and who provide a quality learning environment in countless ways. Check back here for updates as we spotlight new members. 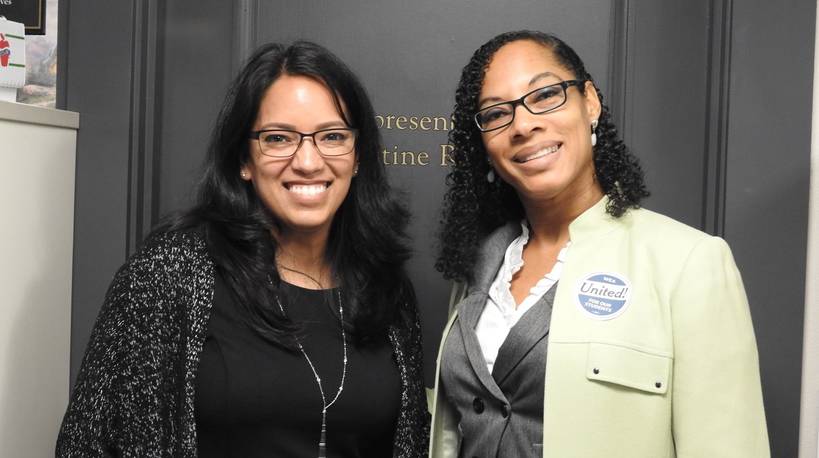 When the Washington Legislature approved another $1 billion for educator salaries earlier this month, this was clear: the funding is for all K-12 employees, certificated and classified alike.

Too often, media reports only talk about the need to pay teachers competitively, often leaving out education support professionals. But in its McCleary decision, the Washington Supreme Court ordered the state to increase funding for all school employees, regardless of their positions.

And teachers themselves emphasize that competitive, professional pay is needed to attract and keep qualified, caring education support professionals for our students. Increased pay is one of the best ways to show respect and appreciation for ESPs, because it's more than words, it's concrete action.

"Education support professionals in our schools are extremely important," said Emily Calhoun Petrie, an Olympia teacher. "We couldn't do it without them. As a former paraeducator myself, I want to make sure that people want to stay in those positions…they deserve a fair wage."

ESPs, just like teachers, are dedicated to our students' success. Their presence and dedication is an integral part of a great public education.

Being a paraeducator requires quick thinking and the ability to adapt

New ESP member finds trust in his colleagues and union 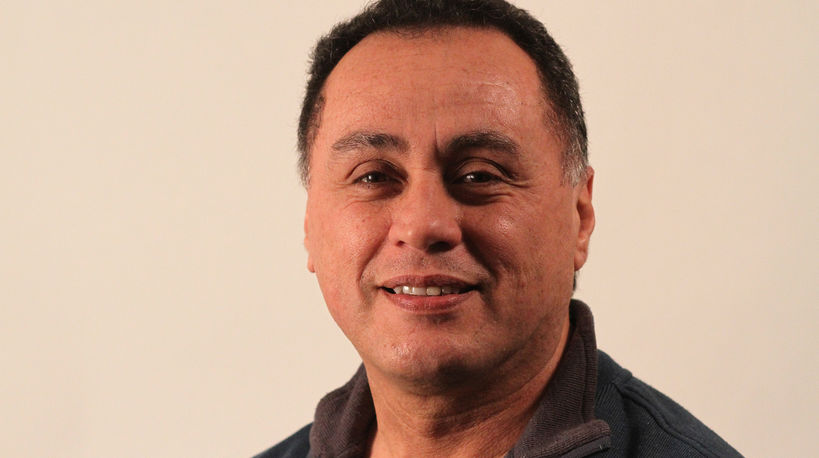 Julio Castaneda is in his second year as a paraeducator at a middle school in Renton, where he also coaches soccer and track. Before he and his family moved to Washington, he worked in the private sector in Florida and Texas and never had the opportunity to join a union. Julio has learned a lot about being a union member because he says one of his colleagues has continuously invited him to get involved. "I was asked to go to Olympia because I'm not afraid to ask questions," Castaneda says. Though he is a newer union member, Castaneda says he feels he belongs because he trusts his colleague, and because of that, he trusts his union.

Say 'Thank you' to an ESP