What is the value of administering the WA-AIM? There is none. 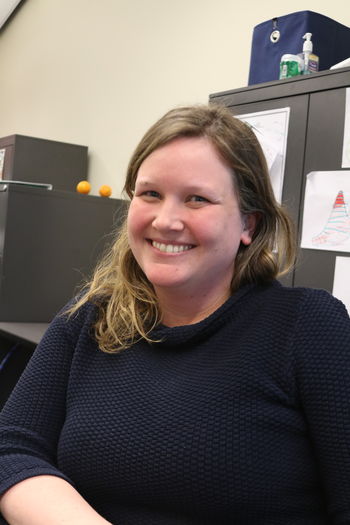 What happens when virtually everyone agrees that an assessment which special education teachers are mandated to give by federal (and state) law is detrimental to students, a futile exercise in following directions for teachers, and, in the end, doesn’t measure student progress with any kind of validity or provide anyone any useful data?

In theory, the test would no longer be administered. We presume the people who make the laws would look at several years of data, review data from experts who work with students with the most significant disabilities, carefully leave no stone unturned  to see if there is anything there that would make it worthwhile to continue, deduce that it was harming students and taking up a huge amount of time that could be spent administering services students genuinely need and determine that we need to change the system to reflect the needs of those students. Sadly, that is not happening. While the mandate to assess comes from a federal law, it is the way Washington state interprets the law that needs to be changed.

Libby Black-Walker, a Seattle EA high school teacher working with students who have significant disabilities, began teaching in the fall of 2014 — the first year the Washington Access to Instruction and Measurement (WA-AIM) was set to be administered.

It became immediately apparent to Black-Walker that the WA-AIM test makers simply did not know what they were doing.

“They were asking for a baseline and a final assessment so that made me think the assessment was supposed to measure growth, but it was a mind-boggling first year because everyone guessed at what they were supposed to do and so many tests came back as ‘not scorable,’” Black-Walker says.

Teachers were supposed to write the test questions on their own. They were supposed to choose from three levels at which level to assess their students. Over the next few years, manuals nearly 50 pages long on how to administer the test came out and it became an exercise in how well a special education teacher follows directions, she says.

“I can write the test one way and another teacher across town could write it another way,” Black-Walker says.

“The WA-AIM is flawed from the get-go,” Cunningham says.

In addition to saying it can take up to two weeks to give one test (ELA, math or science), Cunningham says, it takes her hours that turned into days creating the tests, correcting and scanning each page to attach it to an online site where teachers also have to write how the test was administered and how the student responded. And that’s just the beginning.

“Each test level has a rating scale attached,” she says. “Since the test is written at grade level, which our students with severe disabilities are cognitively not at, and you have a student at the awareness level which you use the less complex test, that student will fail.”

This goes back to what Black-Walker said about the people who created the test and how they weighted the rating scale.

The less complex rated score is .07 for each correct answer so a lower level student will not achieve a passing score even if he or she has made tremendous growth that year in any given subject. The intermediate score is weighted at 1.7 and the more complex level is 4 so for a student to pass the test, she or he must have a combination of tests from the intermediate and complex test areas even if the teacher feels that is highly inappropriate.

“This test does not measure what my students have learned,” Cunningham says. “It does not measure growth from year to year. I should not have to create a test that I score. Nor should I have to spend more than 20 hours inputting the information online.

How did this happen?

Washington state chose to base the alternative test based on the Smarter Balanced Assessment Consortium rather than on life skills. Washington had a choice. The federal law allows each state to decide how to implement the law for students with the most significant disabilities. The law requires a state to request a waiver (for about 1 percent of the population according to a cap in the law) by having a plan of action on how these students will be assessed.

This is a holdover from the No Child Left Behind law, Black-Walker says. She decided to research what other states do. She brought a New Business Item to the NEA Representative Assembly to get help with this research. Sixteen states and the District of Columbia have submitted plans and Black-Walker found the plans were all over the board and just as senseless Washington’s. We could develop a test based on measuring growth in life skills, she offers.

“We have so much testing data for our special education students. This test is simply there to check off a box. Once I figured out it wasn’t about measuring growth, I just figured out the easiest way to get it done. It’s just busy time for teachers and it takes precious class time away from students,” she says.

And that is what troubles Black-Walker the most. It’s not just a waste of time, she says, but for many students, it is harmful because it interrupts their routine and the routines of all the students around them and these kids make more progress when they have a routine.

“We have to create our own testing materials every year. Doing so comes at the expense of using this time for more directly applicable education planning for our students,” Dhami says. “Students should be measured in their progress toward meeting their IEP goals/objectives, not their performance on the WA-AIM.”

“My 17-year-old son has severe autism and is nonverbal. He uses aggression as his form of communication. I am pretty sure if you asked him, he would not feel bad that he was not exposed to Jane Eyre, an 11th-grade level novel,” Babcock says. “We are supposed to take time off their schedule, out of their routine and away from making progress towards their IEP goals to teach 11th-grade curriculum to someone with a pre-primer reading level? How fair is that? This test is so wrong.”

At this point, Black-Walker, Babcock and so many other special education teachers have given up the fight. Black-Walker went so far as getting State Superintendent Chris Reykdal to agree, she says, with her that this test must go.

“The solution is to develop a life skills standard,” she says. “Theoretically, it would not be hard to build an assessment where you hand in your regular progress report. If you had written valid goals — which you have to do on an IEP anyway — and you tracked progress of the students’ growth, you could meet that federal guideline and since the state can adopt its own standards, we could do that,” she says.

The thing is, there is no “other side.” Black-Walker has filed several New Business Items at the WEA RA and at the NEA level. In debate, no one ever stands up and says there is any part of this test that is a good idea. No one ever says, there is one redeeming value.

Meanwhile, teachers like Cunningham, Babcock, Dhami and Black-Walker — indeed all special education teachers who work with public schools students who have severe disabilities — all of them must continue proving they can follow directions in 50-page manuals directing them to create and administer a test with no validity based on something the students are not learning .

So, what happens when everyone agrees that this assessment isn’t doing any good for anyone — least of all the students and those who teach them? The madness continues.
Posted in: Testing | ESSA
Back to Blog

Have opinions about graduation pathways?