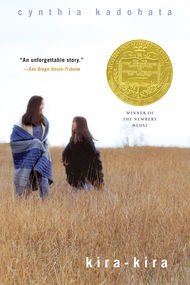 Katie Takeshima and her family move from a Japanese American community in Iowa to the Deep South of Georgia in the 1960s, where people stop on the street to stare at them. When her sister Lynn becomes desperately ill and the whole family begins to fall apart, it is up to Katie to help her family find hope. Grades 6-9

A Different Mirror for Young People: A History of Multicultural America by Rebecca Stefoff and Ronald Takaki

Rebecca Stefoff adapts for younger readers this book by longtime ethnic studies professor Ronald Takaki. This edition of the multicultural history book uses the author’s original words whenever possible and includes the voices of people, including teenagers, who recorded their experiences. Grades 7 and up

In this graphic-novel memoir, the author tells the story of how she traveled as a teen in the 1990s from Korea to Alabama on what she thought was a vacation. After her single mother announces that she’s getting married, Robin must navigate a new life in a new school where she doesn’t understand the language. Grades 7 and up 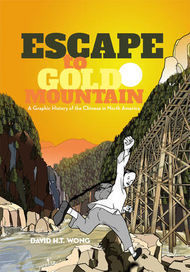 Escape to Gold Mountain: A Graphic History of the Chinese in North America, by David H.T. Wong

Based on the World War II internment experiences of Star Trek actor George Takei, this graphic novel tells the story of those years behind barbed wire, growing up under legalized racism, his mother’s hard choices, his father’s faith in democracy, and the way those experiences planted the seeds for his astonishing future. Grades 7 and up

This graphic novel tells the story of three apparently unrelated characters: Jin Wang, who moves to a new neighborhood with his family only to discover that he's the only Chinese-American student at his new school; the powerful Monkey King, subject of one of the oldest and greatest Chinese fables; and Chin-Kee, a personification of the ultimate negative Chinese stereotype, who is ruining his cousin Danny's life with his yearly visits. Their lives and stories come together with an unexpected twist. Grades 7 and up 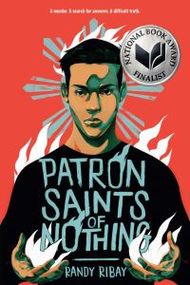 Patron Saints of Nothing by Randy Ribay

When his cousin Jun is murdered, Jay Reguero, a half-Filipino and half-White teenage boy, travels to the Philippines to find out what really happened. This young adult novel tackles family, trauma, identity, faith and Philippines President Duterte’s War on Drugs. Young Adult

This Time Will Be Different by Misa Sugiura

Seventeen-year-old CJ Katsuyama helps out at her family’s flower shop until her mother decides to sell the shop to a family who swindled CJ’s grandparents when they and thousands of other Japanese Americans were sent to internment camps during World War II. Young Adult