WEA president and vice president are elected every three years by delegates to the WEA Representative Assembly. 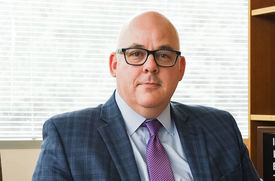 Larry Delaney is a high-school math teacher in the Lakewood School District and has been serving as president of the Washington Education Association since 2019.

A teacher’s nudge led him to education. He always liked math and physics and his teacher advised him that although he’d be a good engineer, his personality would also make him a great teacher: “She told me that roads and bridges are good, but there are lots of other ways to serve.”

Before being elected WEA President, Delaney was the council president in WEA Fourth Corner and local president in Lakewood, where he started as a member of the bargaining team and later became a building rep. Delaney loves bargaining, and it opened his eyes to the collective power of the union. His local, Lakewood EA, was the first to walk out in the 2015 one-day rolling walkouts, and this remains one of his proudest accomplishments.

As WEA President, he has led on elevating race, equity and justice in all that WEA does.

“One of my goals as WEA President is to ensure that when I am done serving in this role, the focus on issues of race, equity and justice, will not be thought of as ‘Larry’s goals,’ but will be woven into all that we do as a union,” he says.

His wife, Julie, is a kindergarten teacher in Arlington. Daughter Erin is a sixth-grade math and science teacher in Phoenix, and daughter Maggie attends the University of Oregon. 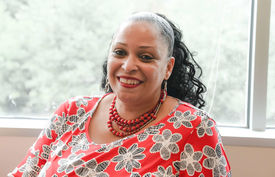 Janie White is the first Education Support Professional, and first black woman to be elected to one of WEA’s statewide positions. Before her election, she served as the office manager of Nelsen Middle School in Renton. She was the Renton ESP president after serving as a building rep and bargaining team member.

White has been active on WEA’s ESP Action Coordinating Team (ACT) which advocates for ESPs and offers training and conferences specifically for ESPs. She is a graduate of the NEA ESP Leaders of Tomorrow program, and active in the Rainier Educators of Color Network. She was WEA’s ESP of the Year in 2017.

“The only way you can make a difference is you. I have spent my whole time in the union telling people to get involved. That’s why I ran for vice president.” 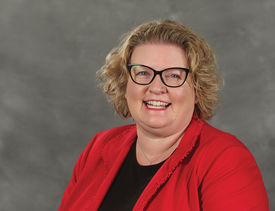 Aimee Iverson is the first female executive director in WEA's history, taking the helm in January 2021. She began her WEA career in 1997, serving in several positions, including becoming General Counsel in 2008.

Navigating the McCleary case for its 14-year journey thorugh the courts is when Iverson began realizing she had more to give. She finds problem solving and identifying strategies to get members the resources they need is what she loves most about her work.