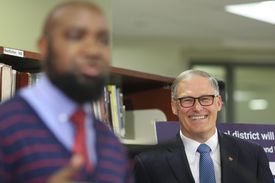 Gov. Jay Inslee’s proposed K-12 budget made headlines because it would put nearly $4 billion in new state funding into our state’s public schools.

However, Inslee’s overall budget does not provide enough new state funding to offset the college tuition freeze he proposes. This amounts to a budget cut, because the additional money is not enough to cover rising costs, including funding for college faculty and staff salaries that are currently paid for out of tuition funds.

Inslee’s budget also includes investments in other programs that matter to WEA members and students: 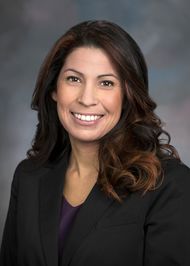 Teacher and WEA member Monica Stonier has been appointed as vice-chair of the House Education Committee. Stonier, who was elected in November and will represent the 49th Legislative District in Vancouver, previously served one term in the Legislature. A Democrat, she will be one of only a few practicing teachers in the Legislature (out of 147 legislators).

Rep. Sharon Tomiko Santos of Seattle will continue to serve as chair of the House Education Committee. Rep. Timm Ormsby of Spokane is the chair of the budget-writing House Appropriations Committee.